A few of us sat in the local climbing centre, and hatched a plan for a microadventure on Dartmoor. The idea was to overnight in tents, and climb the following day. As the day arrived, the overnight forecast was for torrential rain and thunderstorms. After much discussion we decided to sod it and head out onto the moor anyway – at the very least it would be an experience, even if we didn’t get any sleep.

We set up the tents at Bonehill Rocks on Dartmoor at sun down, with a beautiful view down the valley to Widecombe-in-the-moor and beyond. We had just enough time to sink a few ciders and have something to eat before the sky lit up for the first time.

Lightning was spotted on the horizon, but we had no thunder to accompany it. A quick check of the online lightning detector at Netweather.tv found that the thunderstorms were in the Channel Islands – we were seeing the flashes from the storms around 100 miles away!

Over the next few hours the intensity and frequency of the thunderstorms increased as the storms moved closer. Accompanying this was an intense rain band moving in off the English Channel. I threatened that if the rain came in, I would return to my van for a cozy nights sleep – but was overruled by the group who instructed me that I was to spend the night in my tent like the rest of them! ;)

We watched the light display unfold for over 3 hours – none of us wanted to miss any of it, so we just stood there with our eyes transfixed at the sky. None of us had experienced anything like this before. The lightning display was so intense, I guess you could have called it an electrical storm – the flashes were nearly constant for hours. The sky was alive, but what was really weird was there was no thunder.

The clouds finally covered the sky above us, the lightning got even brighter, and we heard the distant rumble of thunder. Another check online found that the thunderstorms and intense rain band was moving around us, leaving us in a small pocket of dry weather – we couldn’t believe our luck.

The storm has passed

At around 2.30am, the storms had finally passed over us and were heading for north Devon and the Bristol Channel. No rain had fallen on our location at Bonehill during the 4 hours that we had been watching the storms – we had been incredibly lucky. We turned in for the night, and was asleep by 3am.

I briefly woke at about 5am to the sound of the dawn chorus, then returned to sleep until 8am. I got out the tent to find the fog had descended, and the rain had set in. Maybe we weren’t going to get to climb after all – but at this point we didn’t care! We spent most of the morning waiting for the fog to lift so we could dry out the tents before packing up. By midday the sun broke through, warming us and the tents, so we were finally able to pack up.

We nearly called this Microadventure off, but was so glad we didn’t. This kind of intense lightning display was something none of us had ever witnessed before, it was a truly captivating experience that will stay with us for the rest of our lives. :)

A big thank you must go to my mate James from James Dundon Photography for allowing me to use his photos in this blog post! 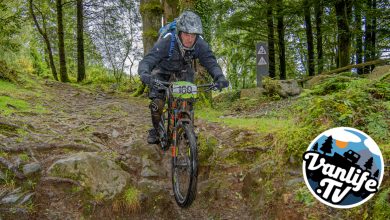 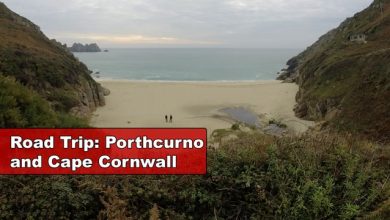