Recently I made a last minute decision to drive from Devon to Snowdonia National Park in north Wales. It really was a spur of the moment thing – I just felt like a change of scenery and the mountains were a good a place as any! So at 3pm on a Saturday afternoon I started driving, and 5.5hrs later I was in the mountains.

I arrived late, so it was straight to bed as soon as I arrived, and I chose to park up alongside Llyn Ogwen (Lake Ogwen) under the shadow of Tryfan – one of the 3000ft peaks in Snowdonia. A few vans had the same idea, so I slotted my van at the end of the line, and settled down for the night.

Sunday morning dawned, and I was greeted by clear blue skies and a gentle breeze. The superb conditions were capitalised on, as the place was soon a hive of activity, with walkers and climbers appearing everywhere.

I decided to climb Tryfan to get some photos of the lake from further up the mountain. It was tough going – Dartmoor this was not – the going was insanely steep, and not what I was used to. My GPS told me I had gained 300ft in height, in less than 0.3 of a mile. Next time I will take an easier route up Tryfan haha.

At lunchtime I drove down to Llanberis to get some 4G internet so I could catch up with some work, and grab some supplies from the local shop – namely some chocolate digestive biscuits that I had forgotten to get on the way to Wales. After lunch I headed back up into the mountains, and headed for a few well known bouldering spots to do some climbing.

Bouldering and climbing is increasing rapidly in popularity, so it was great to chat to a few of the local boulderers and get some “beta” (beta is climbing slang for the correct sequences and moves to complete a climb). The sun shone down and warmed the rock, not ideal conditions but I spent a few hours climbing some great routes and problems and was really enjoying myself.

That evening I popped down to Llanberis again, grabbed some chips and did a little bit more work before returning to the mountains to get some photos and videos of the sunset. I really should have climbed a mountain to get some shots, but I was knackered from the days activities, so stayed close to the road. I returned to Llyn Ogwen for a second night, and joined another load of vans and motorhomes for night.

It was really great to get back to Snowdonia – even if it was only for a couple of days. I hadn’t been there for over 10 years, so it was long overdue, and I wont be leaving it as long next time!

I hope you enjoy the short video vlog above that I put together of my few days in Wales, I have put some additional photos below for you to check out as well. If you have any questions of comments, be sure to leave them in the comments section below! 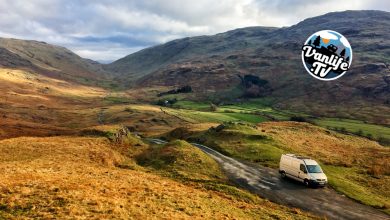 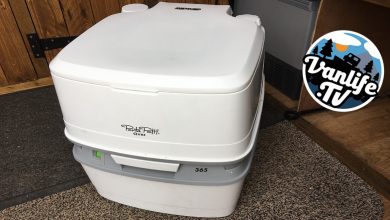 How to empty a Thetford cassette toilet 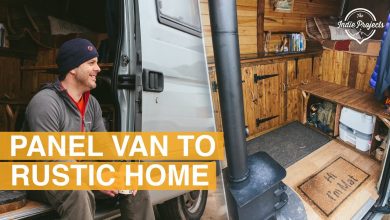 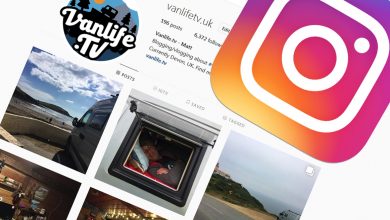